San Gimignano and other pearls in the surroundings

1 km from the hotel 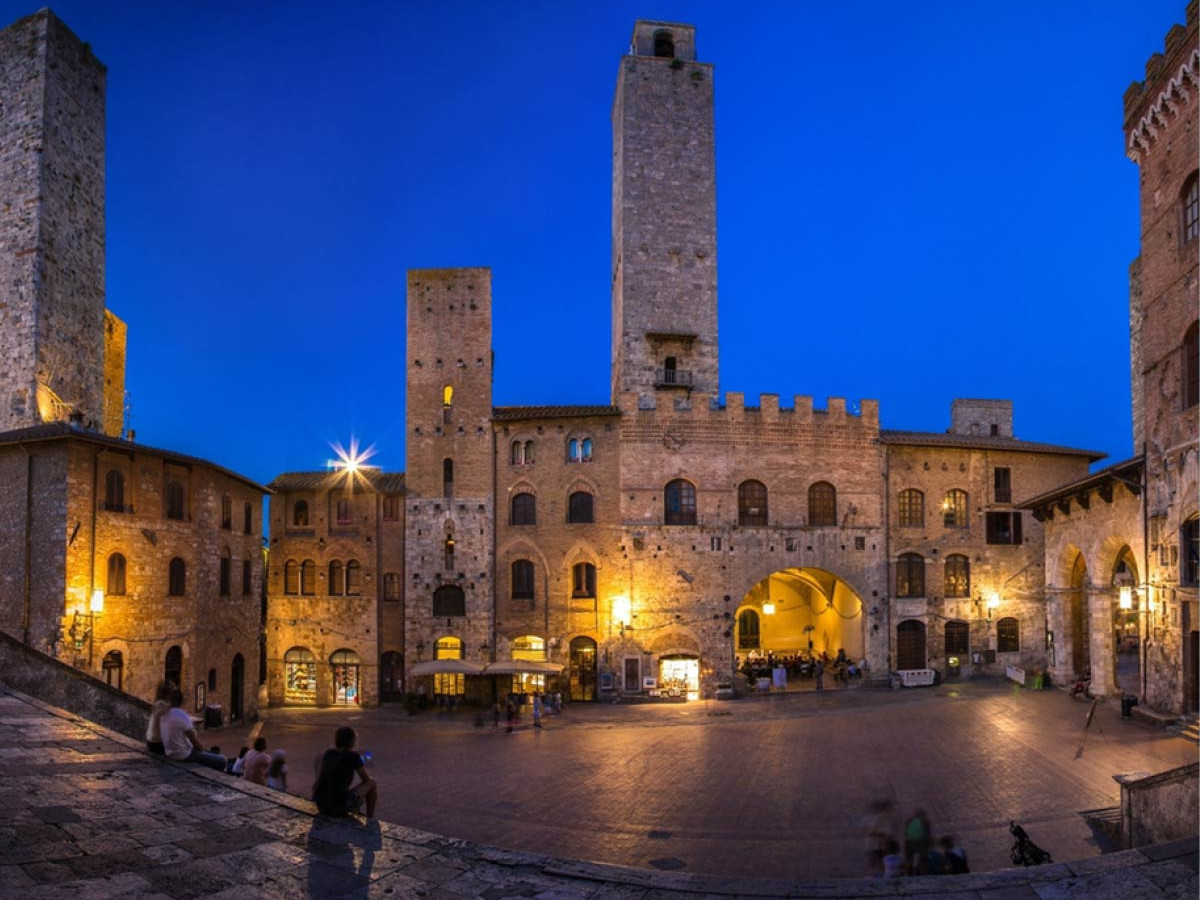 30 km from the hotel

The Etruscan capital of Etruria, ancient Tuscany, this town now has a population of 10,000, but is known for its historic centre of Etruscan origin, its alabaster production, the Roman theatre brought to light during the last century and several historic Renaissance palaces. Not to be missed: a visit to the Etruscan museum, where thousands of artefacts of this fascinating ancient population are kept. 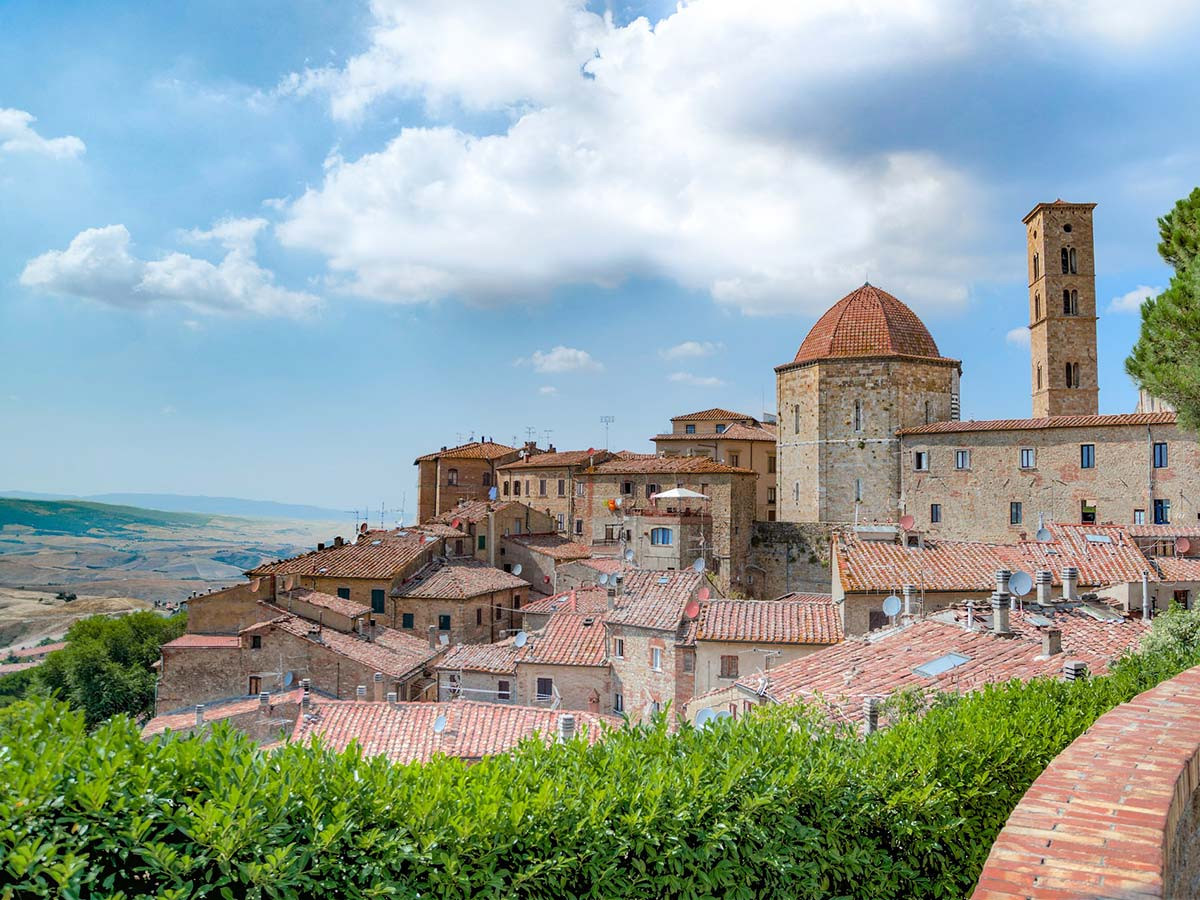 39 km from the hotel

A city known throughout the world for its historic Palio, which occurs twice a year, Siena has a territory within the city walls - divided into 17 districts calles "contrade" - and one that extends outside the historic centre. The most interesting part winds its way through the districts named: the Duomo of Siena, the Torre del Mangia and Piazza del Campo which are three unmissable stops you cannot miss when visiting the city. 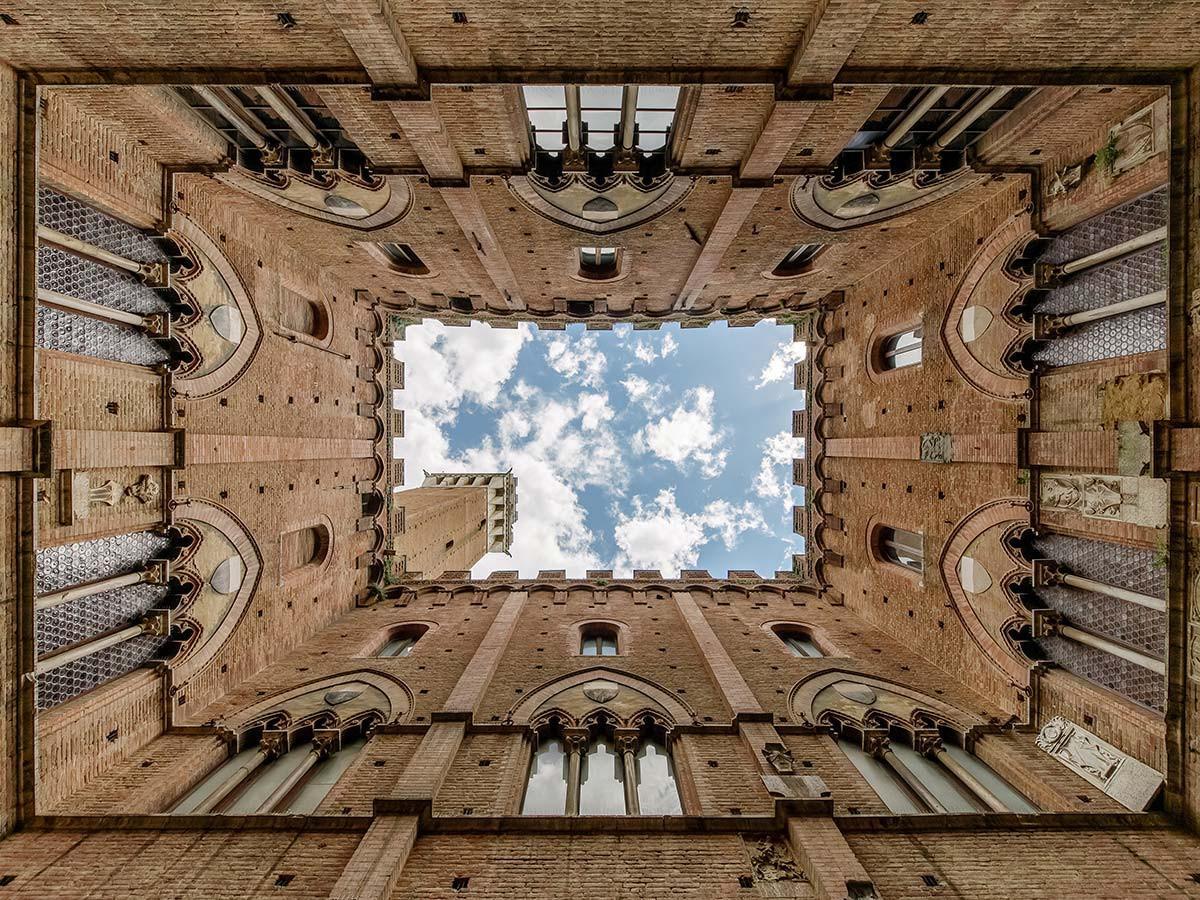 24 km from the hotel

Monteriggioni is visited for its marvellous castle, built by the Sienese in the early 1200s. The village enclosed within its walls, which are visible from the main roads, is an example of a beautifully preserved medieval village. Walk along its walls and admire the Tuscan landscape from the top of the fortified village: you will be fascinated. 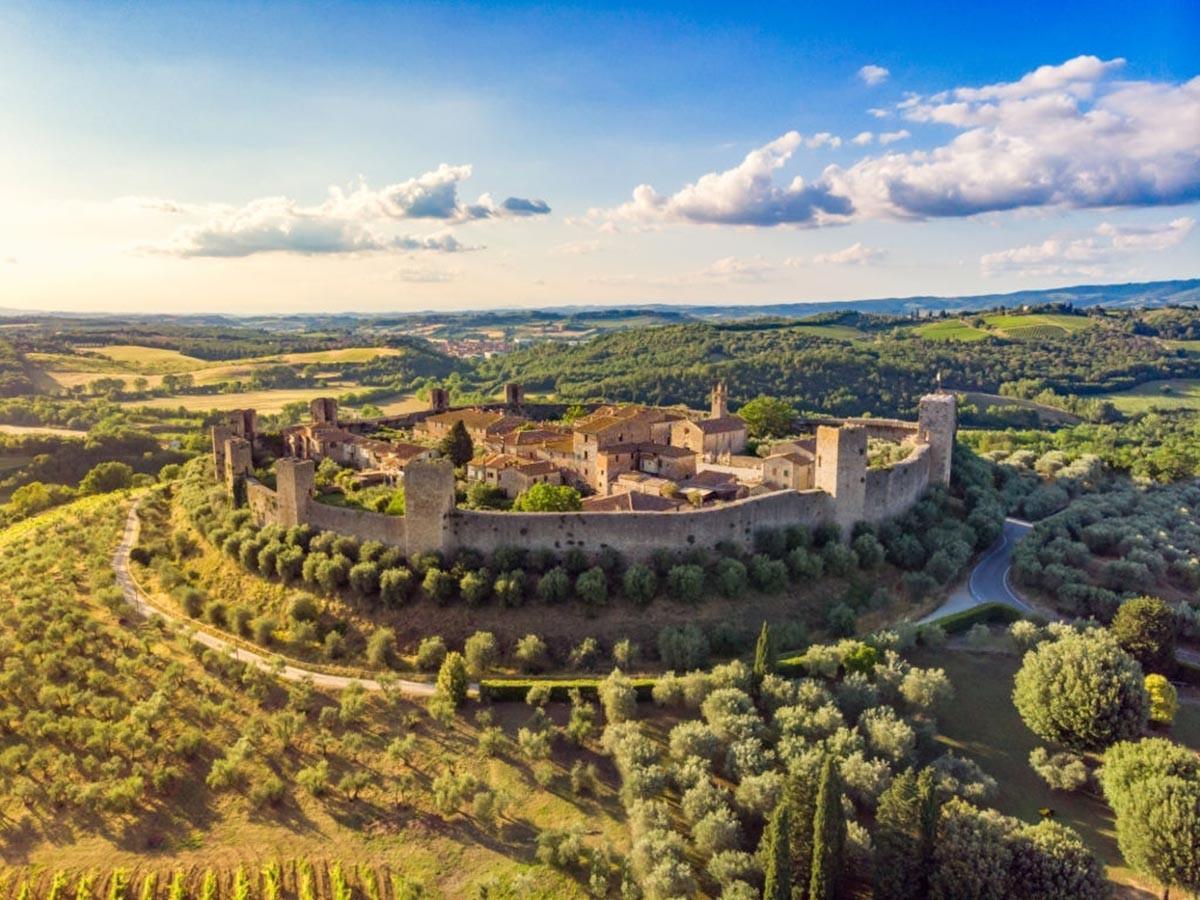 16 km from the hotel

Part of the municipality with an Etruscan-Roman history, Certaldo Alto has a perfectly preserved medieval urban fabric, with narrow streets and small squares scattered here and there. The beauty of the village, with its wealth of historic buildings and monumental churches, makes it one of the favourite destinations for those on holiday in Tuscany in search of authentic medieval villages. 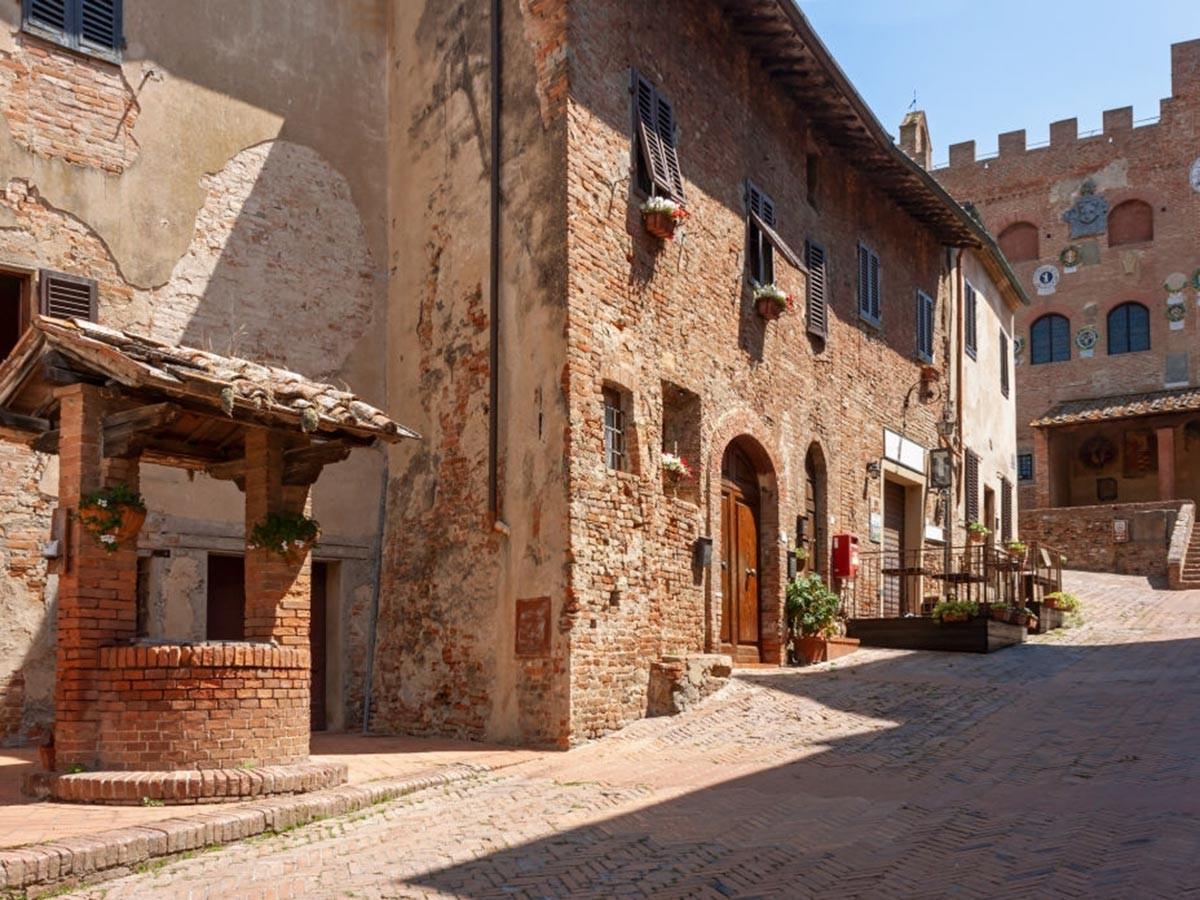 20 km from the hotel

Casole is an ancient Etruscan settlement. Its village, perched on the back of a hill, offers visitors wonderful views of the Sienese countryside. The village has been awarded the Touring Club's Orange Flag, thanks to its beautifully preserved walls, two round towers and the Rocca, now the town hall. It also has a contemporary twist, represented by the Arte Viva art gallery. 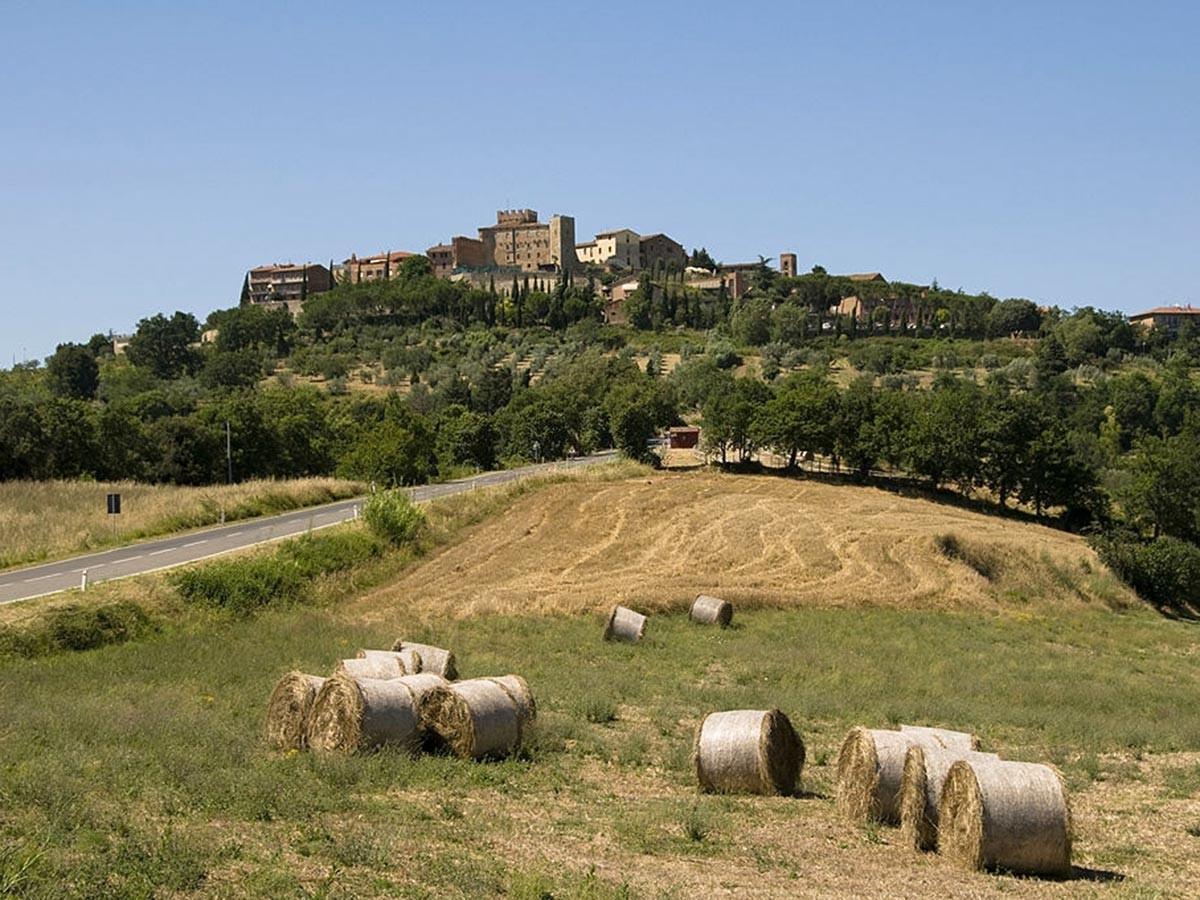 13 km from the hotel

Between Florence and Siena lies Colle Val D'Elsa, known above all for its crystal production, but also a place that offers visitors a medieval atmosphere and a marvellous Duomo (Cathedral). The historical centre is located on the hill above, which is accessed through a tunnel carved into the rock and a public lift. The terrace with a view of the Tuscan hills provides the warmest of welcomes, before continuing the walk into the centre. 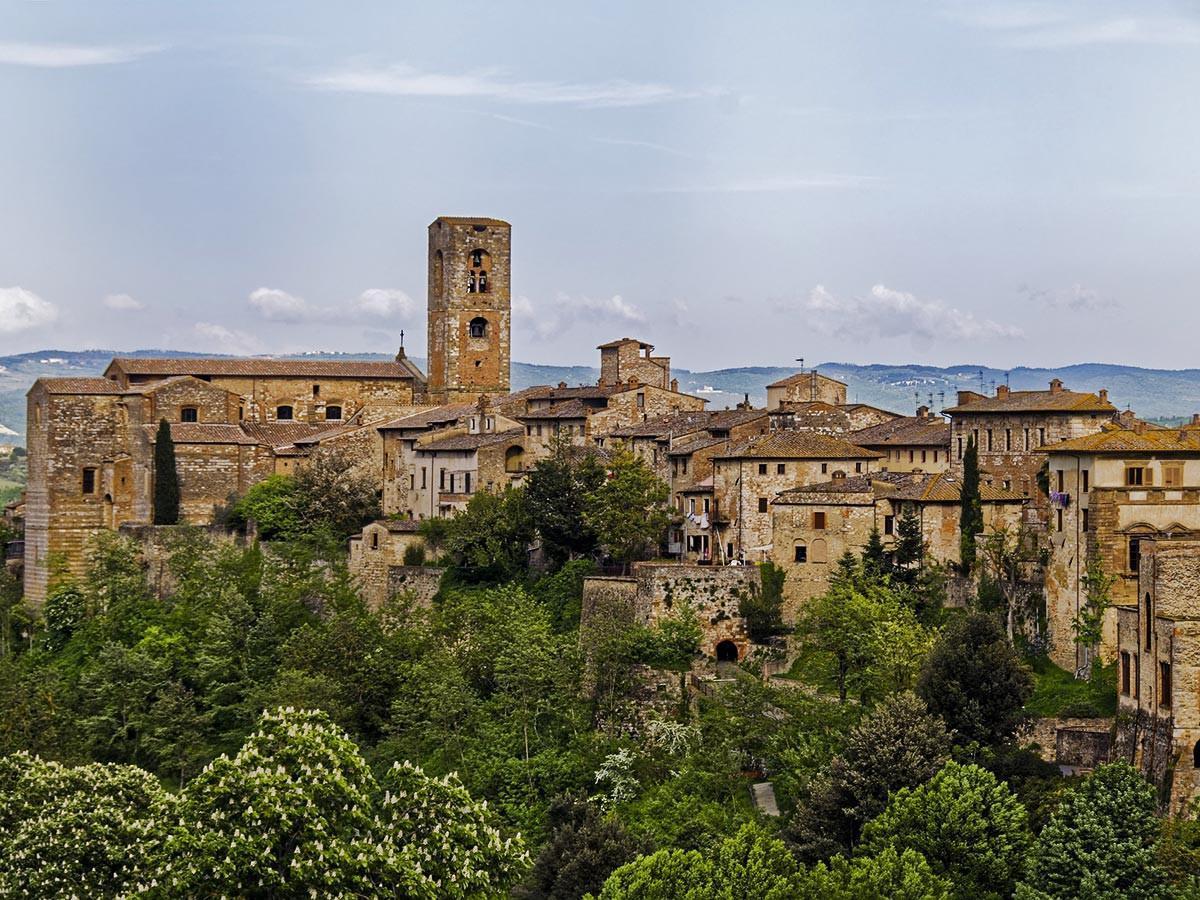 About 40 km from the hotel

In Tuscany, there is an itinerary that combines a passion for wine with the passion for history and nature: the Strada dei Castelli del Chianti. Six itineraries linking castles, villages, churches and the Chianti hills. The most beautiful stops are certainly shaped by the castles (of Brolio, Meleto, Ama - just to name a few). Choose the itinerary you prefer and follow it on foot, discovering the many wonders that the walk will reveal to you. 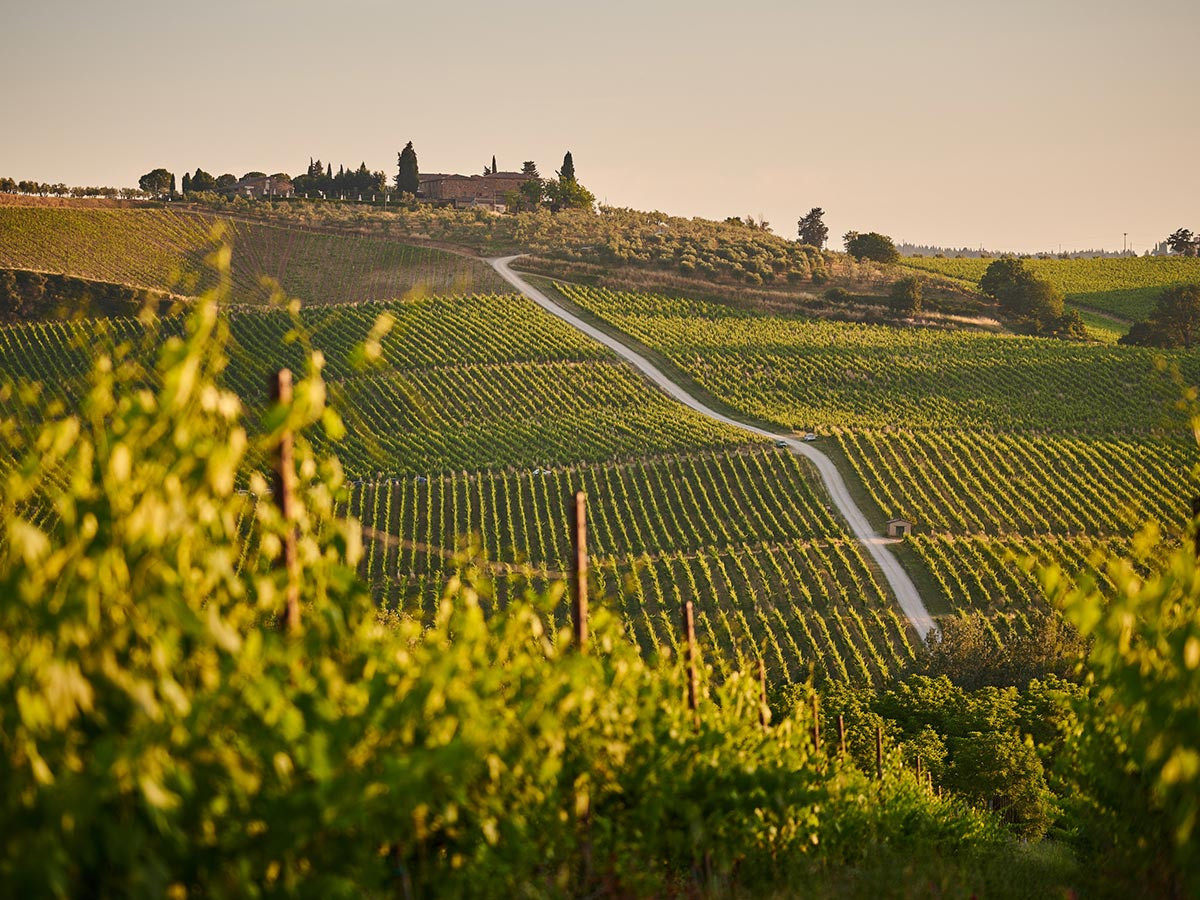 the way you prefer